Are you searching for Removals Mayfair w1, w1k and surrounding areas of Mayfair with a team of professionals covering movers with over 17 years in the moving business Pick&Move Removals Mayfair We understand that moving is stressful and hard work, We can help you plan your next move from Mayfair for home or business relocation from start to final destination. Removals Mayfair expert will personalise your move to suit your individual needs, time and budget.

Relocating is a highly involved process, whether you’re moving house or your business premises in Mayfair W1. There’s so much that needs to happen to ensure the move is as smooth and stress-free as possible. Don’t you just wish you could close your eyes, make a wish, and watch it all happen before you? Our Removal Mayfair team of experts will ensure a hassle-free experience.

Professional Removal company Mayfair for over 15 years, we offer House and Office Removals Services in Mayfair. Get Free Instant Quote and Book with Online Discount. We personalise your entire move plan ensuring that every aspect of your plan goes according to plans. Pick&Move removal company in Mayfair with dedicated moving services, from packing to storage or disposal of unwanted goods.

Professional House Removals Services in Mayfair.
Local and Nationwide Removals from or to Mayfair within the UK.
We offer Different Van sizes to match your needs.

We can provide fixed-rate quotations or personalised services to suit your needs you can request a free survey.  we understand that moving households or relocating your businesses comes with a long ‘To Do’ list. Avoid all the hassle and 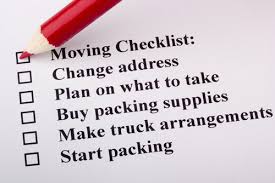 leave the big day to us. We are a reputable Mayfair removal company. Rest assured a moving experience spanning over 15 years we cover Mayfair and surrounding areas of W1, W1K, W1B, W1J, W1S, WC1, WC2.

Small moves Man and Van Mayfair team will handle any removals big or small tailored to suit your needs.

Our  Mayfair Removals expert in W1 can provide “Man and Van” service for all Mayfair residences small or large no two people or families have the same needs when it comes to furniture removals or house moving. A first home buyer will have different requirements to an established property owner, while a single person is unlikely to have gathered as much furniture as a family. We understand that your move is unique. That is why our trained Mayfair Man and Van will work with you to customise your moving services to best suit your requirements and budget.

Do you need Removals and storage in Mayfair W1 area? We collect, We store, We deliver Mayfair storage units from £18.50p/w.

Pick&Move Mayfair Storage offers the most cost-effective alternative to date cheaper than self-storage in W1 Mayfair. Do you require a 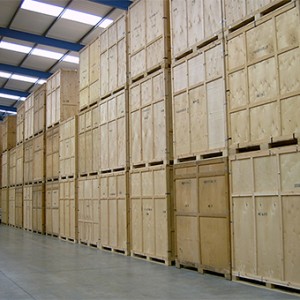 couple of days of storage whilst waiting for settlement day for your new home? Or need to store your furniture pieces for several months during your home renovations? Or want to put away your home contents for a few years whilst you are overseas?

For Mayfair Self Storage look no further, Pick&Move is your one-stop shop for moving and storage. We do the packing, loading, driving, unloading and storing all for you so you can sit down, relax and enjoy a cup of tea while we do the hard work. You never need to visit storage facilities again.

Secure 24/7 CCTV monitoring and video surveillance system, dry clean with no fear of moisture or humidity

Whatever move Local or International Removals in Mayfair – W1 area we got you covered.

We make it as easy as pie! We provide tailored solutions for your local or  International Removals requirements no matter where you are moving we cover most international destinations with expertise covering middle east Dubai, UAE, Kuwait and beyond. Pick&Move  international moving company help you pack, wrap, stack and move all your boxes and furniture items to their final destination.

I am moving to/from Mayfair, how much does removal costs?

When is the best time to book moving services in Mayfair?

In general, the earlier the better Avoid Fridays, the end of the month tend to be the busiest time for movers. Contact PICK&MOVE customised quote.

Can moving companies in Mayfair also arrange my storage needs?

Yes, We can arrange storage whether you need storage in between moves or for a longer-term, contact us today

I am moving to/from Mayfair do I arrange a survey?

That depends on the scope of the move, for small moves is unnecessary but for larger moves that require packing services, it advised a survey is vital. This can be done by emailing the video, pictures of items or through a visit to ascertain the requirements.

W1K area covering the areas of Mayfair (north), Grosvenor Square, Westminster. The area contains approximately 1,617 households with a population of about 2,964 (2011 census)

Mayfair is named after the annual fortnight-long May Fair that took place on the site that is Shepherd Market today (from 1686 until it was banned in that location in 1764). Until 1686, the May Fair was held in Haymarket, and after 1764, it moved to Fair Field in Bow because the well-to-do residents of the area felt the fair lowered the tone of the neighbourhood.[1]

Mayfair was anciently part of the parish of St Martin in the Fields and became part of St George Hanover Square in 1724. The new parish stretched to Bond Street in the southern part of Mayfair and almost to Regent Street north of Conduit Street. The northern boundary was Oxford Street and the southern boundary fell short of Piccadilly. The parish continued west of Mayfair into Hyde Park and then south to include Belgravia and other areas.

The old telephone district of Mayfair (later 629) changed east of Bond Street to Regent (later 734). Most of the area was first developed between the mid 17th century and the mid 18th century as a fashionable residential district, by a number of landlords, the most important of them being the Dukes of Westminster, the Grosvenor family. The Rothschild bought up large areas of Mayfair in the 19th century. The freehold of a large section of Mayfair also belongs to the Crown Estate.

The district is now mainly commercial, with many offices in converted houses and new buildings, including major corporate headquarters, a concentration of hedge funds, real estate businesses and many different embassy offices, namely the U.S.’s large office taking up all the west side of Grosvenor Square.[2] Rents are among the highest in London and the world. There remains a substantial quantity of residential property as well as some exclusive shopping and London’s largest concentration of luxury hotels and many restaurants. Buildings in Mayfair include both the Canadian High Commission and the United States embassy in Grosvenor Square, the Royal, The Handel House Museum, the Grosvenor House Hotel, Claridge‘s and The Dorchester.

The renown and prestige of Mayfair could have grown in the popular mind because it is the most expensive property on the British Monopoly set.

Mayfair has become an attractive location away from the City of London for private banks, hedge funds and wealth managers. The Egyptian Education Bureau is located in Chesterfield Gardens. EasyGroup has its head office in Mayfair. Cadbury formerly had its head office in Mayfair. In 2007, Cadbury Schweppes announced that it was moving to Uxbridge, London Borough of Hillingdon, to cut costs. Mayfair also boasts some of the capital’s most exclusive shops, hotels, restaurants and clubs. Just alongside Burlington House is one of London’s most luxurious shopping areas, the Burlington Arcade, which has housed shops under its glass-roofed promenade since 1819.

For education in Mayfair, see List of schools in the City of Westminster.