Do you live in Battersea and its surroundings? We pride ourselves in offering affordable “Removals Battersea” in and around SW11 areas. Not only meets but exceeds even the highest expectations. From residential homes to apartments, and everything in between, we can deliver all of your moving needs and also additional services like furniture rearranging, loading and unloading, and delivery services.

Our fully licensed, insured, and background-checked movers can take the stress of your next move with top-notch customer service and professionalism.

From the very best packing materials to the most experienced removal professionals. We work hard to ensure your move is stress-free as possible. For over 17 year Pick&Move Battersea removals have been providing low-cost moving service to all residents of Battersea nearby areas Clapham and surrounding area.

We get it: relocating can be expensive and you may want to cut costs where you can. A DIY move can save you some money — but it does come with its own costs and risks. Don’t underestimate how stressful and time-consuming it can be to pack up your entire home and spend a full day loading a truck. That’s on top of trying to plan logistics, watch kids, and make sure nothing is overlooked.

Can you even be sure that you packed properly and nothing will be broken? With efficient Battersea movers on your side, you can rest easy knowing everything will be handled efficiently and correctly.

As a full service moving company, we offer packing and unpacking for all household goods. If you decide to pack your household goods by yourself we can offer you a wide variety of moving boxes and moving supplies. Please visit our Packing Tips section for many helpful tips.

Are you looking for a Removal Quote in Battersea? Contact us today for affordable solutions.

Get a moving quote today if you plan to move in and around Battersea or far beyond. We offer a comprehensive list of moving services that enable us to personalise the entire move to suit your needs, your time schedule and your budget.

We make it easy for you to estimate costs by offering every potential client a free survey and estimate.

The purpose of the survey is to assist in getting you the right quotation by assessing the volume of work needed to be done and any special requirements.  The quotation is free no obligation where possible or alternatively, you can complete an online quote form. 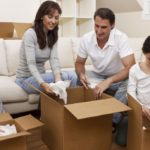 Organize your packing, we arrange your Battersea moves

Hourly rate or fixed price Man and Van Removals in Battersea. We put in your control of the cost on a pay as you go, you only pay for the time it has taken to complete your move.

PICK&MOVE “Man and Van” service for people who only have a small amount to move whatever the distance whether single items, flats, houses or businesses, All physical loading and unloading is done by our professional SW11 team of moving professionals.

Furniture’s are dismantled and reassembled and boxes delivered for self-pack or simply let Pick&Move do all your packing while you relax.

Battersea Moving and Storage for Household and Business.

Yes, you move and store, Moving is usually a hassle, but it does not have to be. PICK&MOVE Moving & Storage offers mobile storage units in Battersea so that you can pack your belongings at your own pace. We are not your typical moving company.

Our team has provided an array of moving solutions for customers throughout Battersea for nearly two decades. We recognize every relocation is unique.

We also know you may only need temporary storage for your belongings while you are renovating a home. For instance, when you cannot move all of your possessions at once, we offer mobile storage units at affordable prices.

We offer low-cost mobile storage for houses and businesses in SW11. Our low-cost Storage Options allow you to store your household excess of furniture, or a gap between moving house or maybe as an extension to your business, store your unused furniture and inventories freely up valuable office space.

Why Not Plan Your Next Relocation With Pick&Move Battersea Removals.

Our moving services go beyond Battersea. We offer door to door or port to hand-out, and cover the most common destination, our  International Removals service, giving you the best possible relocation solution. Whenever you planning to relocate overseas we plan every detail of your move from start to finish.

We customised every move around you with a network of global partners to assist you in your chosen destinations. Our team of internationally experienced personnel will put you at ease and guide you through the relocations process.

Battersea powers into the number one spot
The iconic Battersea Power Station, built between 1929 and 1939, is one of Britain’s most recognisable landmarks and is also claimed to be the largest brick building in Europe. Architect Sir Giles Gilbert Scott also designed the red telephone box, Liverpool Cathedral, and another power station on the south side of the Thames in London—Bankside, now better known as Tate Modern. Battersea Power Station famously appeared—complete with flying pigs—on the cover of Pink Floyd’s 1977 album, Animals.
Battersea doesn’t have a dogs’ home. Battersea Dogs Home (now Battersea Dogs & Cats Home) was established in Holloway, north London, in 1860 and moved to its present home in 1871. Despite the name, it is not actually in Battersea but neighbouring Nine Elms. Scottish comedian Chic Murray told a joke about being stopped by someone in London, who said, “Excuse me, do you know the Battersea Dogs Home?” Murray replied, “Actually, I never knew it had been away.” … but Battersea did have another dog

In 1904 the National Anti-Vivisection Society erected a drinking fountain in Battersea’s Latchmere Park. On top of the fountain sat a statue of a brown dog supposedly killed by vivisection. It became the scene of many battles between pro-vivisectionists and anti-vivisectionists and was finally removed in 1910 to restore the peace.

The Brown Dog Affair was just one example of Battersea’s radical politics in the late 19th century a Battersea branch of the first socialist party, the Social Democratic Foundation was formed. One of its members, John Burns, was elected Independent Labour Party MP for Battersea North in 1892.
Battersea also gave the UK its first black mayor—John Archer in 1913. And in 1922, the famous Bombay-born politician Shapurji Saklatvala was elected Communist Party MP for Battersea.

You won’t struggle to get to Battersea
Although like many places in south London, it doesn’t have a London Underground station, Battersea isn’t short of strong transport links. The main train station, confusingly called Clapham Junction despite being in Battersea, is reckoned to be the UK’s busiest railway station. And Battersea Heliport is also the busiest heliport in England (though it can’t compete with Aberdeen heliport, which serves the North Sea oil rigs and is actually the world’s busiest).