Our aim is simply “to organise every aspect of your move as enjoyable as possible”. Our EC4 Removals Fleet Street professional team provide the manpower, resources and skills needed for a successful stress-free move. Whatever project planned

Household and Office Removals in EC4

Whether you’re moving the contents of households and businesses in EC4, Pick&Move treats your most valuable possessions with the same care and respect. Contact our EC4 Removals team for personalising moving Quote, customizing a tailor-made

move.. From packing to unpacking, from home to home, Pick&Move will lighten your load

EC4 Small move for Home Or Office Pay as You go Option. 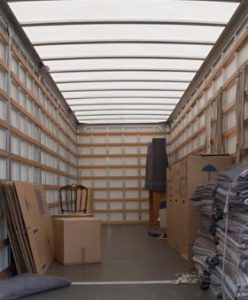 We cover all surrounding postcode of EC4 our effective “Man and Van” service for people who only have a small amount to move whatever the distance whether single items, flats, houses or businesses, we can pack, move and store your goods tailoring each client’s needs and requirements into a flexible package.

Get your EC4 Removals Quotation Now

Need Storage Between Move We Got You Covered.

Our Secure cost-effective Storage Options allow you to store anything from a single item to entire contents of your household or businesses for as long as you need. Again simply select the option that suits you. Our storage prices beat any self storage providers in Fleet Street and surrounding areas by far.

If you are planning relocating our EC4 Removals Fleet Street team of experienced International Removals will ensure that every aspect of your move is successful as planned, with rich understanding and knowledge of global shipping, a network of a trusted local agent that will arrange with you to deliver your goods into your new home.

How Do I Get Started?

Fleet Street began as the road from the commercial City of London to the political hub at Westminster. The length of Fleet Street marks the expansion of the City in the 14th century. At the east end of the street is where the River Fleet flowed against the medieval walls of London; at the west end is the Temple Bar which marks the current city limits, extended to there in 1329.

To the south lies an area of legal buildings known as the Temple, formerly the property of the Knights Templar, which at its core includes two of the four Inns of Court: the Inner Temple and the Middle Temple. There are many lawyers’ offices (especially barristers‘ chambers) in the vicinity. Nearby, on Strand, are the Royal Courts of Justice and the Old Bailey is also only a few minutes walk from Ludgate Circus.

Publishing started in Fleet Street around 1500 when William Caxton‘s apprentice, Wynkyn de Worde, set up a printing shop near Shoe Lane, while at around the same time Richard Pynson set up as publisher and printer next to St Dunstan’s church. More printers and publishers followed, mainly supplying the legal trade in the four Law Inns around the area. In March 1702, London’s first daily newspaper, The Daily Courant, was published in Fleet Street from premises above the White Hart Inn.

At Temple Bar to the west, as Fleet Street crosses the boundary out of the City of London, it becomes the Strand; to the east, past Ludgate Circus, the route rises as Ludgate Hill. The nearest tube stations are Temple, Chancery Lane, and Blackfriars underground/ mainline stations and the City Thameslink station. Chancery Lane and Fetter Lane area at the western end of the street.

Fleet Street is a location on the London version of the Monopoly board game.

Fleet Street is also famous for the barber Sweeney Todd, traditionally said to have lived and worked in Fleet Street (he is sometimes called “the Demon Barber of Fleet Street”). An early example of a serial killer, the character appears in various English language works starting in the mid-19th century. Neither the popular press, the Old Bailey trial records, the trade directories of the City nor the lists of the Barbers Company of the City mention any such person or indeed any such case.